With the holidays almost here, it’s time for another installment of Boothie Christmas caroling where we revise a classic Christmas Carol into a Lincoln assassination themed Boothie Carol. Today’s song is a revised version of, “Silver Bells”. I hope you all enjoy it in the humorous manner in which it is intended. 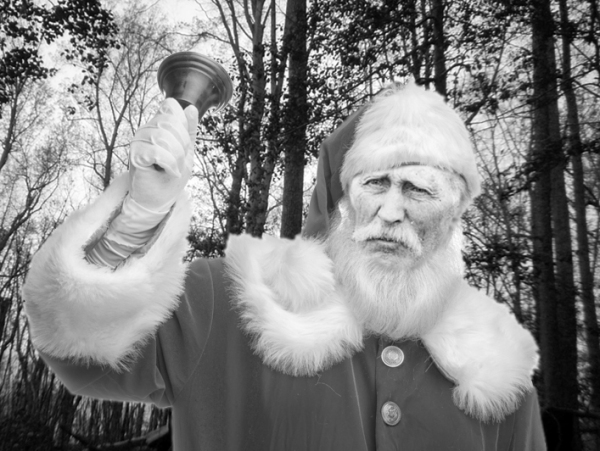 As sung to, “Silver Bells”

Easter morning, without warning,
Sam Cox comes down my street.
In the air there’s a feeling of danger.
I start going, without knowing
Why his dad wants to meet,
But I get to Rich Hill and I hear:

When I find him, Herold’s with him,
So I say to them both,
“We must wait for the troopers to leave here.”
He wants papers. I say, “Later.”
Then I give him my oath
No amount could cause me to betray

Thomas Austin Jones has gone down in history for the assistance he gave assassin John Wilkes Booth and his accomplice David Herold. Jones not only cared for the two fugitives as they hid out in a pine thicket in Charles County, but he also transported Booth and Herold from the thicket to the shores of the Potomac from which they got into a boat and attempted to row across to Virginia. 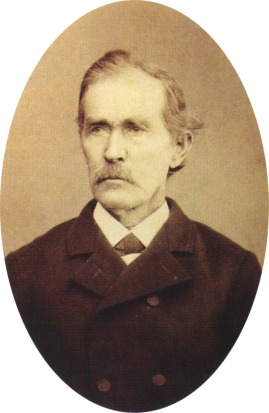 Thomas Jones, who was born in the Port Tobacco area in 1820, owned two houses in Charles County during the Civil War. It was from his larger home on the Potomac River called Ravenscliff that Jones began his career as a mail agent for the Confederacy, but by 1865, his financial situation and death of his wife had caused him to downsize his estate to the more modest Huckleberry farm. Jones was living at Huckleberry with his nine children when Samuel Cox, Jr. showed up on the morning of April 16th and beckoned Jones to return with him to his father’s farm of Rich Hill. At Rich Hill, Jones would learn about Cox’s nighttime visitors and be given the task of caring for the fugitives while looking for an opportunity to get them across the Potomac.

Today, as part of the Maryland House and Garden Pilgrimage in Charles County, Thomas Jones’ home of Huckleberry was open to the general public for the first time in 56 years when it was featured in the 1960 Maryland House and Garden Pilgrimage. The house has been remodeled and updated since Thomas Jones’ days but still maintains much of its same 1865 character. 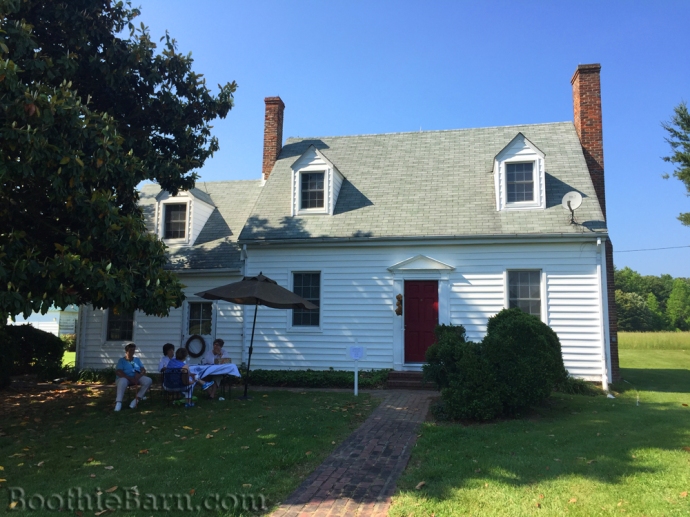 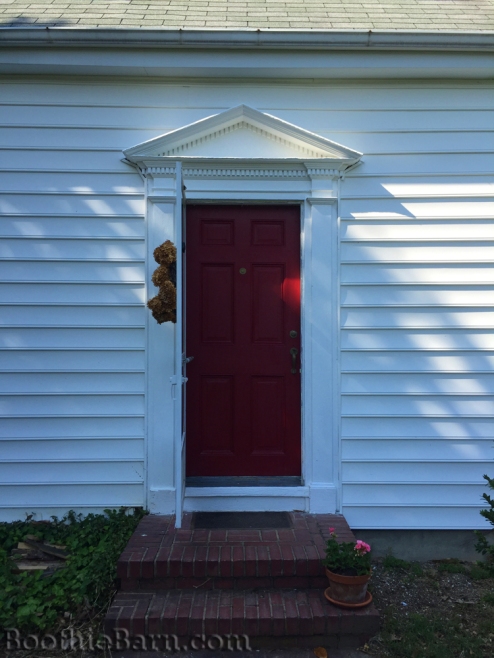 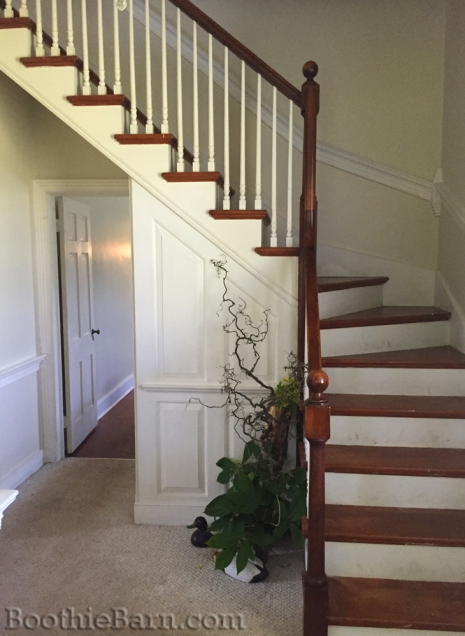 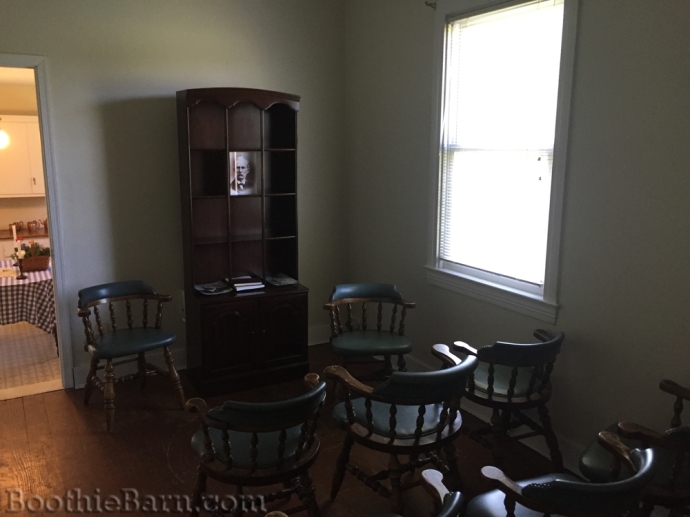 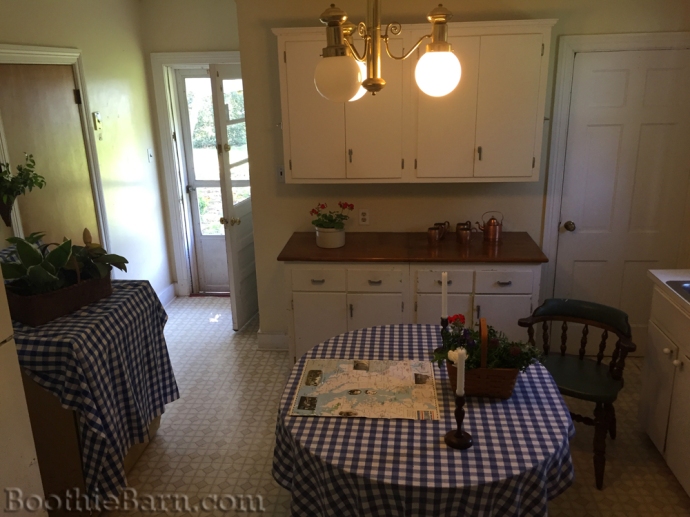 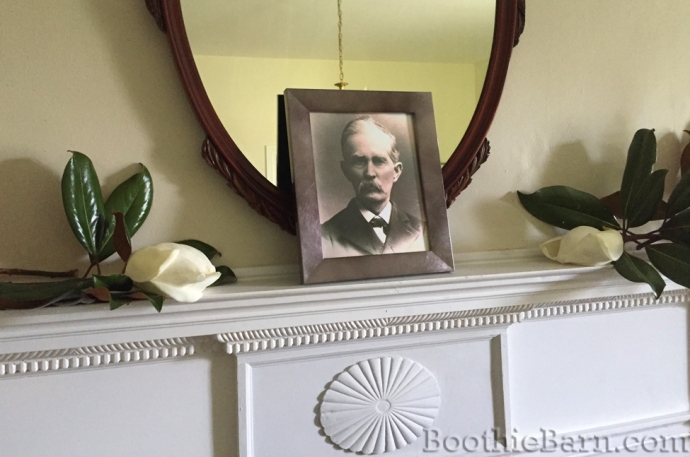 These images, along with the watchable yet somewhat motion sickness inducing video that follows, were all taken today after the garden tour was completed. About 450 people showed up and toured through Huckleberry while I stood in the room with chairs giving visitors a brief overview of Thomas Jones and his life before, during, and after John Wilkes Booth.

The visitors truly seemed to enjoy learning more about this unique man and his role in the Lincoln assassination story. Probably the most interesting little known fact about Thomas Jones is that, in 1893 when he traveled to the World’s Fair in Chicago in order to try to tell his book about helping Booth, Jones actually borrowed and brought with him two artifacts from Dr. Mudd’s house. The Mudd family allowed Jones to borrow the bed that Booth slept in at the Mudd house along with the parlor sofa on which John Wilkes Booth laid on while Dr. Mudd had inspected his leg. Having these artifacts did not help Jones much, however. His book sold very poorly in the Land of Lincoln and he came back to Charles County with many copies of the book and a great deal of debt from the venture.

Though it is impossible to say the next time that Huckleberry will be open to public tours again, the Loyola on the Potomac Retreat House has done a wonderful job as stewards of the house and property since they acquired it in the 1950’s. So even if Huckleberry waits another 56 years before being on the garden tour again, I think, in the meantime, it will stay in very good hands.

If any of you in the D.C. metropolitan area happened to be watching NBC’s News4 Midday today, you might have seen a familiar face and outfit. I was asked to appear on the live news show along with Melissa Willett of the Charles County Garden Club in order to promote this Saturday’s Maryland House and Garden Pilgrimage in Charles County. Every three years the pilgrimage takes place in Charles County and this year it will be featuring two properties connected to the Lincoln assassination story. Participants in the tour will have the opportunity to visit and go inside Thomas Jones’ house of Huckleberry as well as walk the property of the Loyola on the Potomac Catholic Retreat which contains the exact site of where John Wilkes Booth and David Herold got into a boat and tried to cross the Potomac. Melissa and I were interviewed about the event by NBC anchor Barbara Harrison:

UPDATE: NBC 4 has put up a much better version of this interview on their website. Watch it here: http://www.nbcwashington.com/news/local/Historic-Homes-Tour_Washington-DC-380991271.html

As stated in the interview I will be at Huckleberry from 10:00 – 5:00pm on Saturday, showing people the inside of the house and discussing Thomas Jones’ role in assisting John Wilkes Booth. Tickets for the tour, which contains a total of eight homes, are $35 and they can be purchased at any of the sites during the tour on Saturday, May 28, 2016. The proceeds from the event will be benefiting the Maryland Veterans Museum.

I enjoyed the interview with Ms. Harrison and was happy to see that, in the footage that rolled as we spoke, the highway marker for the Garrett site made an appearance. I wrote the text for that marker and it was on the day that we unveiled it that I made my first live television appearance. I always have fun sharing my interest in the Lincoln assassination story with others, even if it is for a brief time during a busy news show. 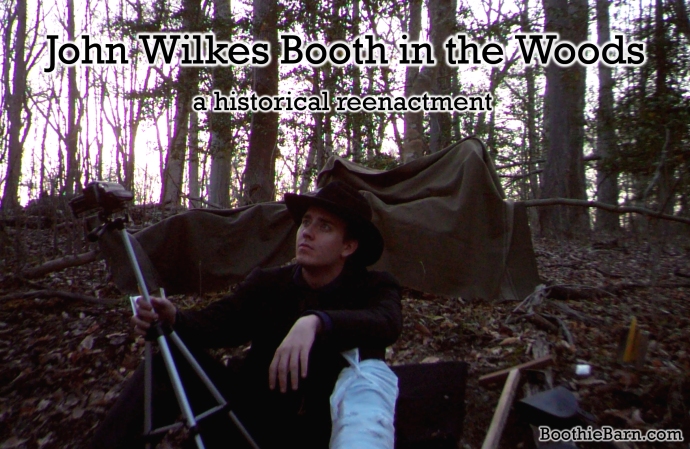 On April 12th of this year, I underwent a journey into history.  For 3 days and 2 nights, I completely immersed myself in the conditions John Wilkes Booth faced while hiding out in a pine thicket after he assassinated Abraham Lincoln.  The project took months of preparation and the assistance of countless individuals who alerted me to new research, informed me of the intricacies of 19th century attire, and provided much needed moral support for such an endeavor. I strove to ensure that this experience was as genuine as possible and committed to feeling the same discomfort Booth felt.

Even from the beginning I knew I wanted to document the experience in order to share it with others.  While the 19th century method of documentation would have been limited to the written word, modern technology allows us to go further.  Therefore, with camera gear as my only anachronism, I walked into the woods with the same meager supplies that were afforded to Booth hoping to shed some light on this forgotten part of his escape.

Today, I publish the final installment of the series, bringing the project to its completion.  I am extremely grateful to not only those listed in this final video but also the many others who helped my along the way and prayed for my safety.  I hope that you have enjoyed this series as I hope to produce more like it in the future.

To watch the final video, you can either click on the image above and scroll down, click HERE to watch the video on YouTube, or play the embedded video below.

Remember that all of the videos in the series can be found in one place by clicking the “John Wilkes Booth in the Woods” image at the top of this post.

Thank you all for coming on this journey with me.

The tenth installment of my series “John Wilkes Booth in the Woods” is now complete and available for viewing.

In this part I get some unexpected news and start walking towards the Potomac River.

There is one final installment of “John Wilkes Booth in the Woods” left to go. Stay tuned for the conclusion of this historical reenactment.

Part 9 of my series “John Wilkes Booth in the Woods” is now complete and available for viewing.

In this part I try one of Booth’s favorite drinks and finally receive the newspapers I’ve been craving. 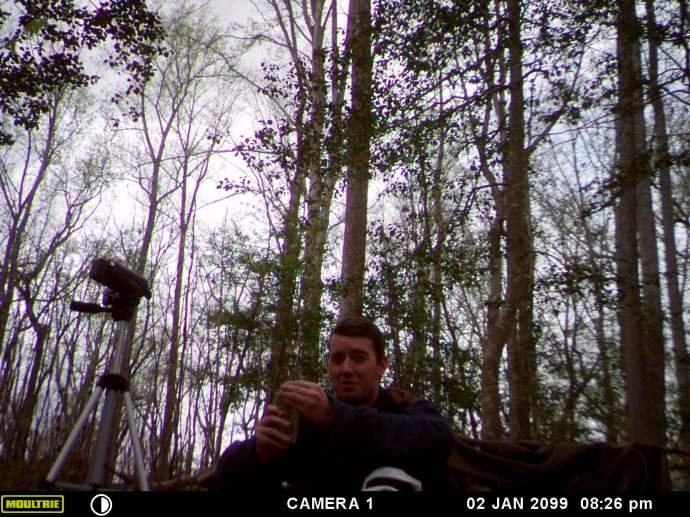