In the early morning of April 23rd, 1865, John Wilkes Booth and David Herold finally managed to cross the mighty Potomac River into Virginia. This was the second attempt the two men had made to cross the river. When they departed the Maryland shores the first time, their guide, Thomas A. Jones, directed the pair to aim for Machodoc Creek and stated, “Mrs. Quesenberry lives near the mouth of this creek. If you tell her you come from me I think she will take care of you.” Though now on Virginian soil, Booth and Herold did not land at Machodoc Creek as directed, but rather accidentally made landfall at Gambo Creek about a mile from Mrs. Quesenberry’s home. Booth, with his broken leg mind you, stayed with the boat at Gambo Creek while Herold walked through the marshy terrain to Mrs. Quesenberry’s home, known as “The Cottage”. Elizabeth Rousby Green Quesenberry (pronounced Kwee-zen-berry) was a widow who lived in a modest home on the land of a fairly nice sized plantation. During the war, her home on the Machodoc Creek had many visitors, including Confederate agents who found it to be a hospitable place to conduct the secret mail line. Not far away from Mrs. Quesenberry’s home were stationed Confederate agents Thomas Harbin and Joseph Baden. Harbin helped run the mail line on the Virginian side of the Potomac while his brother-in-law, Thomas Jones, ran things on the Maryland side. Thomas Jones sent Booth and Herold to Quesenberry, knowing that she would put them in contact with someone who could help them further.

When Herold arrived at the Quesenberry cottage, Mrs. Quesenberry was not at home. Herold chatted with her daughter, offering his and Booth’s boat to the young lady as compensation for some assistance, while the Mrs. was sent for. According to her own statement, when Mrs. Quesenberry arrived at her home she refused to help the stranger at all. He asked for a conveyance for his injured brother, but she told him she had none. Herold then asked if she would sell him a horse, to which she callously replied that if she had wanted to help him she would have given him a horse, but that she did not want to help him and would not even sell him one. According to Mrs. Quesenberry, the man then started walking away from the house dejectedly after that. She apparently took pity on him and called to ask if he and his brother had eaten anything recently. When Herold replied no, she said she would send some dinner to them.

The man she sent to bring Booth and Herold some dinner was none other than Thomas Harbin. Booth had been introduced to Thomas Harbin in December of 1864 by Dr. Mudd. Harbin agreed, at that time, to aid Booth in his proposed kidnapping plot of Abraham Lincoln. Now, here Booth was four months later, needing his assistance. What happened next is a little fuzzy. What we know is that Booth and Herold hired a local farmer by the name of William Bryant to take them to Dr. Stuart’s house, Cleydael. Whether Bryant was another Confederate agent conscripted by Harbin to take them, or an oblivious farmer that Harbin directed Booth and Herold to approach, remains unclear.

Mrs. Quesenberry was later arrested and brought to Washington to give a statement. There is no record showing she was imprisoned, however. Her statement, which is extremely self serving, must be taken with a grain of salt. Her home had long been a stop for Confederate agents and, while she claimed to not have helped Booth and Herold, her action of sending Thomas Harbin to bring the pair some food was exactly what the fugitives needed to continue their escape.

Mrs. Quesenberry later sold “The Cottage” and moved to Texas where she died in 1896. Her body was transported back to her childhood home of Washington D.C. and she is buried in Holy Rood Cemetery in Georgetown. Her modest home was altered greatly from its 1865 appearance and, while known to descendants in the area, it was temporarily lost to historians who thought it was consumed when Naval Surface Warfare Center Dahlgren was created . However, her house did survive outside of the boundaries of the Dahlgren Naval base and today is the home to the Machodoc Creek Marina (formerly Dahlgren Marine Works). 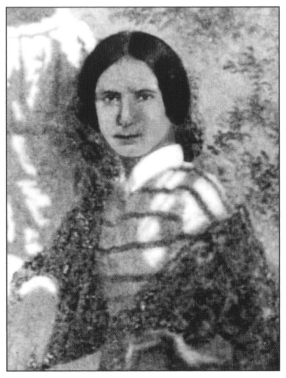 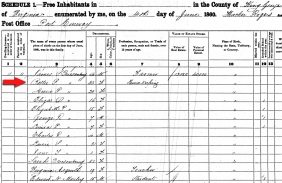 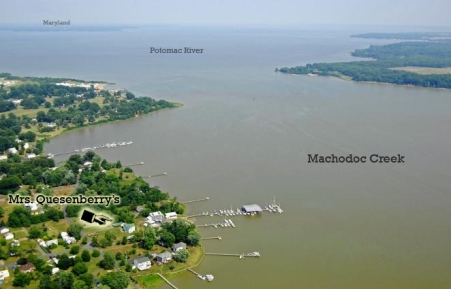 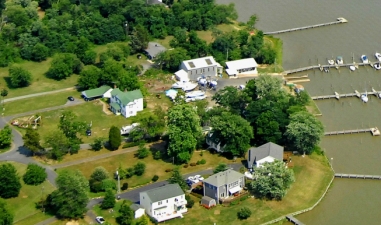 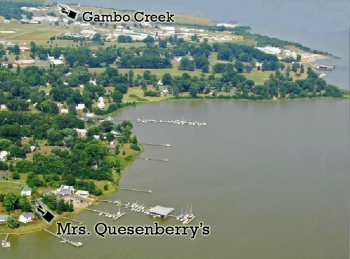 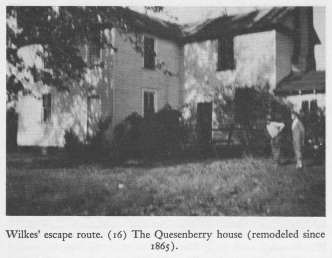 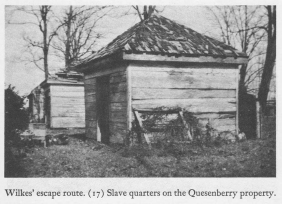 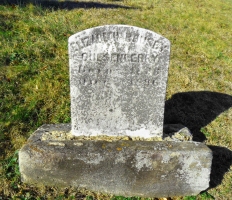 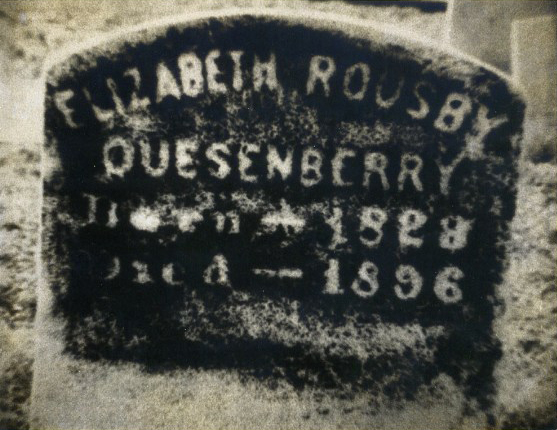