The court did not meet today, being adjourned until Friday.

Seven out of the nine commissioners still met on this day at Mathew Brady’s photography studio. They were joined by Judge Advocate General Holt and his Assistant Judge Advocates Bingham and Burnett. Rather than posing all the men in one photograph as had been tried in Alexander Gardner’s studio on June 9th, Mathew Brady chose to shoot the men in smaller groups. The result was a series of photographs including the following. 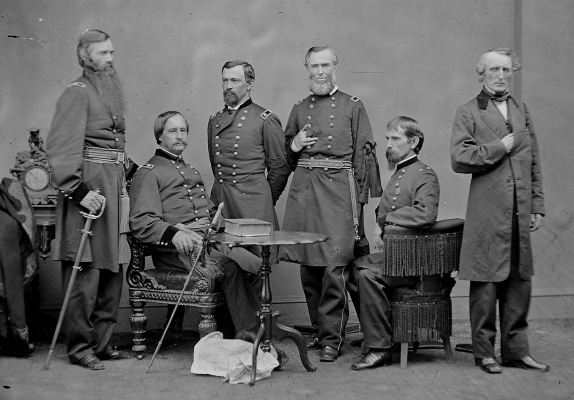 Gen. Albion Howe and Col. Charles Tompkins were absent on this date with Tompkins having come down sick between the end of court yesterday and today. As such these two men did not have their picture taken with the rest. At some later date, however, they were likewise photographed by Brady. 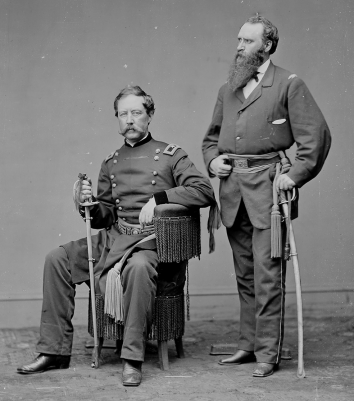 Once all Brady successfully photographed all of the commissioners and the prosecution, he stitched the different scenes together into one large image which he later sold to the public from his studio.

“The Commission met except Howe and Tompkins at Brady’s for another attempt to have our photographs taken… Genl. Denver paid me a visit this evening and talked a great deal about the commission and its irregularity and error.”[1]