In the collection of the The Gilder Lehrman Institute of American History there is an 1865 diary written by Cyrena Hammond. At the time of Lincoln’s assassination, Cyrena was a 17 year-old resident of North Bergen, a small hamlet located about 20 miles west of Rochester in western New York. While there are many diaries that contain entries regarding the death of Lincoln, Cyrena’s actually speaks very little about the event in her day to day entries. The only mention of it is in her entry for April 19 which including the line, “The whole union is dressed in mourning today.” However, at the end of the diary, on the pages designed for keeping track of one’s money flow, Cyrena included a description of a Sunday school lesson she attended on April 29th. One of her neighbors, a man by the name of Loren Hill, addressed the Sunday school students and made particular comments regarding who was really to blame for Lincoln’s death. The following is an image of the diary pages and a transcription of what it says: “The 29 of this month, Loren Hill, was trying to entertain the sabbath school with his talk which runs as follows

thus run his speech untill every body was disgusted.”

According to Loren Hill, the crime John Wilkes Booth committed was essentially the fault of his mother, Mary Ann Booth. 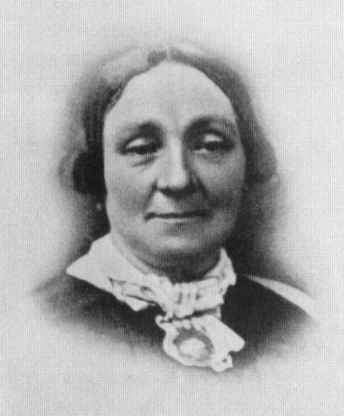 In Hill’s view, if Mrs. Booth had been a more “genuine” woman, John Wilkes would never had killed Lincoln. Hill preached that most of the ruin suffered in the world is the result of the moral failings of women and that they deserve the blame for whatever crimes their sons and husbands commit. As Cyrena points out at the end of her entry, everybody was disgusted by the overt misogyny of Hill’s preaching.

While I have seen many attempt to put the blame for Lincoln’s assassination on the shoulders of someone other than John Wilkes Booth, this was the first time I had ever read of someone being so callous as to blame poor Mrs. Booth for the crime of her misguided son. But even worse than blaming an innocent parent for the sins of her child was the way in which Hill attempted to use Lincoln’s death to preach that religious failings of women were the cause of men committing criminal acts. Such a sexist attack wrapped in doctrine reminded me of the ways in which enslavers used the Bible in order to justify the continued practice of slavery. Both are examples of the powerful using dogma to subjugate others to their will.

According to the 1870 census, Loren Hill, the women blaming lecturer, did indeed have 4 young daughters as he had stated. Their names were Emma, Francis, Mary, and Nora. Hill was a wealthy farmer in nearby Clarendon, NY with his real estate holdings valued at $12,000 and his personal estate at around $3,300. In the 1860s, he had been appointed as both Clarendon’s Assessor and Commissioner of Highways. He also served as the justice of the peace. Despite such social successes, when Hill died in 1883 he was allegedly completely broke. An 1889 book called the History of Clarendon by David Copeland stated that, “Hill was not worth one penny when he died, although he owned this farm when crops were good and prices high. When justice of the peace he said, in the presence of the author, ‘that he did not know whether his head was on his shoulders or on his feet,’ a lawsuit having turned him upside down in his own estimation.” Unfortunately the text does not give any more information and so we are left to only speculate as to which specific woman Loren Hill undoubtedly blamed for his own financial ruin.

I was introduced to Cyrena’s diary through my current Master’s class on Historiography and used it to discuss social history. As an example of social history, the lives of Cyrena Hammond and Loren Hill demonstrate a story of gender and power in the Civil War era. Mr. Hill, the powerful and influential landowner, sought dominion over his daughters and other women by blaming the moral failings of women for the crimes of men. Cyrena (and apparently others) expressed disgust over these remarks but it appears the rebuke may have only been safe within the pages of a diary. Even the interactions of two neighbors in a rural area of New York at the time of Lincoln’s assassination can be valuable to social historians when viewed through the lens of gender roles and gender norms.