The Assassination of Lego Lincoln

Just in time for Christmas there’s a new book out that tells the story of Abraham Lincoln’s assassination in a fun and creative way.  Instead of relying on boring old drawings and photographs, author Brendan Powel Smith recreates the assassination of Lincoln along with the successful and attempted assassinations of eleven other United States Presidents using his preferred medium: Legos. 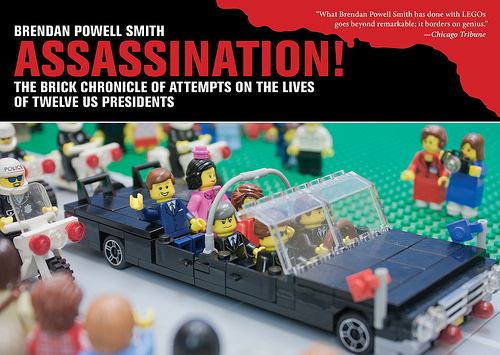 His book, entitled, Assassination! The Brick Chronicle of Attempts on the Lives of Twelve US Presidents, is over 250 pages long and filled with over 400 hand crafted Lego recreations of Presidents under fire.

I discovered this book on Amazon last week and while my main focus is the Lincoln assassination, I do have a passing interest in the other attempts (successful and otherwise) on our heads of state.  I knew I had to buy it and check it out.  When I opened this book, I found myself both entertained by the imagery and surprised at the level of research that went into it.  As a “fun and silly” Lego book, you don’t really expect to find a bibliography in it.  But this book has one and for the Lincoln chapter it listed fifteen sources from Michael Kauffman’s American Brutus, to Asia Booth Clarke’s book about her brother, to General Hartranft’s letterbook about his supervision of the conspirators during their trial and execution.  The research on the book is solid and the scenes are hilariously and painstakingly laid out.

His chapter on the Lincoln assassination is 34 pages long and contains over sixty images.  Here is a sampling of the Lincoln pages: 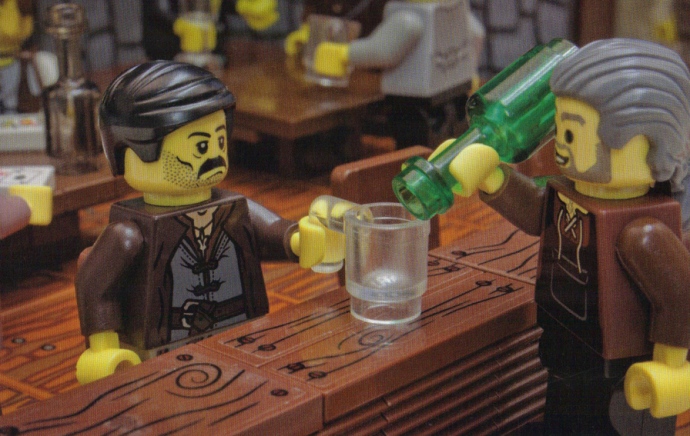 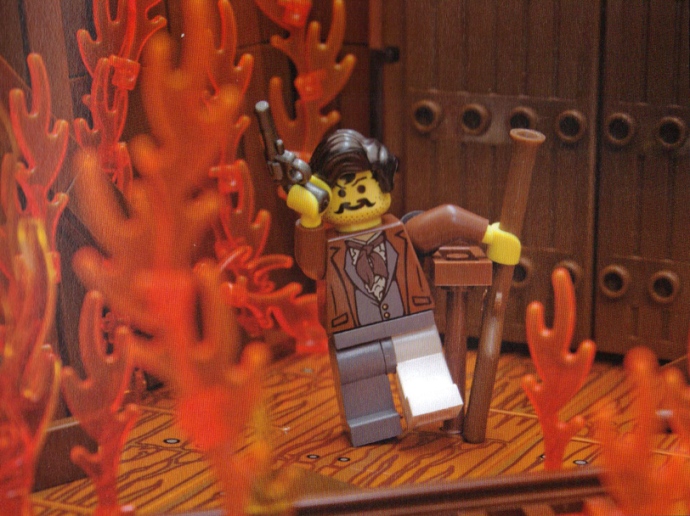 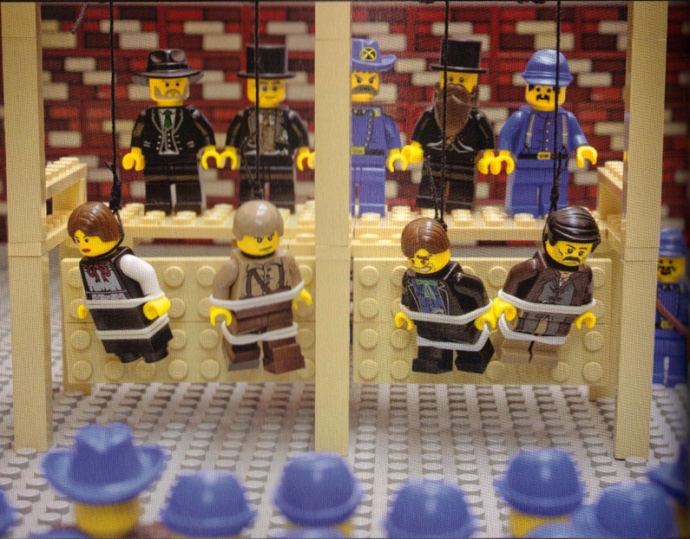 The chapters on the other Presidential assassination are equally well done and make this book a definite “buy” in my eyes.  The $20 price tag is worth it for just the Boston Corbett “surgery” scene that I can’t spoil for you here. So, if you want a funny and educational book about Presidential assassinations, check out: Assassination! The Brick Chronicle of Attempts on the Lives of Twelve US Presidents by Brendan Powell Smith

8 thoughts on “The Assassination of Lego Lincoln”