In April of 1876, newspapers across the country ran small snippets declaring the recent election of Dr. Mudd to the Maryland State Senate:

Some accounts, like the last one above, made a big error by reporting that John Wilkes Booth was killed in Dr. Mudd’s barn. A hilarious mistake in and of itself, but such a mistake does not qualify for the parody, “Dewey Defeats Truman” title of this post.  The biggest mistake of them all, and the reason for this post, is the fact that Dr. Samuel Mudd had not won any election at all.  He was not evening running for public office in 1876.  While a large number of newspapers printed the false story of the election of the Lincoln conspirator, very few ran the correction to it:

As stated, the man who won re-election in 1876, was not Dr. Samuel A. Mudd but rather his cousin, Dr. George D. Mudd.  George Mudd served two terms in the Maryland Senate and was later elected to one term in the House of Delegates in 1890. 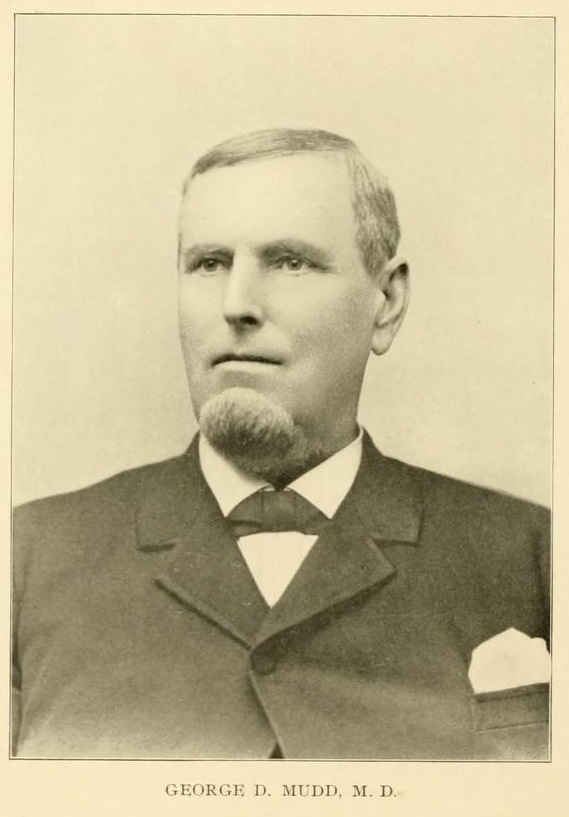 Dr. George Mudd’s name also comes into play in the story of Lincoln’s assassination.  It was to this cousin, Dr. George Mudd, that Dr. Samuel Mudd first told of two men, one of them with a broken leg, who had been at his house during the day of April 15th, 1865.  Dr. George Mudd later passed this information on to the Union troops in the area and also served as a character witness for his cousin at the trial of the conspirators.  A short biography of Dr. George D. Mudd’s political and personal exploits beyond his famous cousin can be read here.

Perhaps it was reading of his own election to the Maryland Senate that motivated Dr. Samuel Mudd to seek out political office.  The following year, in 1877, Dr. Sam Mudd did run for a position in the state government as a Democrat.  He and Samuel Cox, Jr. (another well known name in the Lincoln assassination story) ran as representatives for Charles County in the House of Delegates.   While Cox, Jr. won the election, Dr. Mudd was defeated by the popular Republican William D. Mitchell.

After “winning” an election he had taken no part in and losing the election he actually attempted to win, Dr. Samuel Mudd no longer tried his hand at state politics.  Six years later, in 1883, Dr. Samuel A. Mudd died at the age of 49.  His older cousin, Dr. George Mudd, outlived him, dying in 1899 at the age of 73.

References:
Dr. Samuel A. Mudd Research Site
The various newspaper articles come from GenealogyBank.com
Genealogy and Biography of Leading Families of the City of Baltimore and Baltimore County, Maryland