Reader littlecoco7 posed the following question under the Quesenberry post:

“This has nothing to do with this topic, but I would like to know out of all the conspirators who had their picture taken from Alexander Gardner, how come there was no photo of Mary Surratt taken?”

Thanks so much for the question littlecoco7.  The mug shots of the conspirators are very valuable resources to us now.  For George Atzerodt, Michael O’Laughlen, and Edman Spangler, these few shots consist of our entire photographic record of their lives.  While engravings and drawings were made of them during their time in the court room, we have yet to find other photographs of these individuals.  Even those who we do have additional images of, the mug shots are unique in showing them as they were almost immediately after the crime was committed.  Before delving into your question as to why Mary Surratt (and Dr. Mudd for that matter) were not photographed with the rest, let’s look into how and when the conspirators were photographed.

The best resource for information about the images of the conspirators is the team of Barry Cauchon and John Elliott.  These talented gentlemen are in the process of writing a highly anticipated book regarding the incarceration of the Lincoln conspirators.  One of my links on the side of this blog is to Barry Cauchon’s blog, “A Little Touch of History” while the pairs’ Facebook page about their book, “Inside the Walls” is here.  Barry and John presented some of their findings at the 2011 and 2012 Surratt Society Lincoln Assassination Conferences.  Their research was remarkable to say the least.  To keep their excited fan base content while waiting for the final publication of their book, they produced two supplementary booklets about their talking points.  The most recent one that they sold at the 2012 conference was entitled, “13 Days Aboard the Monitors” and delved into the mug shot photo sessions and the hoods worn by the conspirators.   All the information in this post can be found in this terrific booklet and is currently available for purchase through Barry and John and the Surratt House Bookstore.

Through the research of Barry Cauchon and John Elliott we believe that three photograph sessions occurred while the conspirators were imprisoned aboard the monitors Saugus and Montauk.  The first set of images were all taken of a standing Lewis Powell wearing the clothes he was found in and the clothes he was wearing when he attack Secretary Seward.  There were a total of six pictures taken on this day, April 18th. 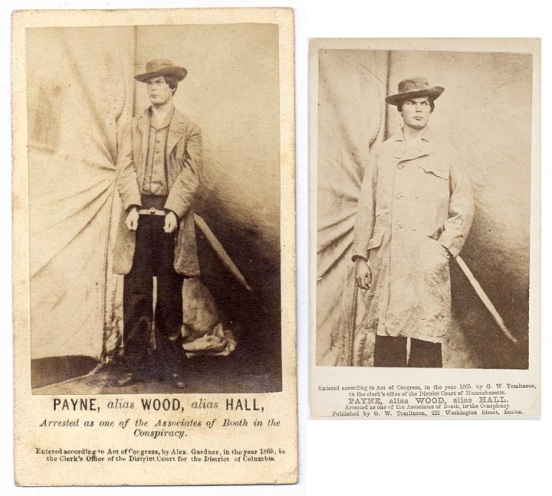 Carte-de-visites of two of the six photographs taken of Powell on April 18th.

At this point in time, only two of the conspirators were being housed on the monitors; Michael O’Laughlen and Lewis Powell.

Gardner came back to photograph the conspirators on April 25th.  By this point all of the main conspirators except for Booth and Herold had been arrested.  Gardner photographed Powell again, along with Michael O’Laughlen, George Atzerodt, Edman Spangler, Sam Arnold and Hartman Richter.  Richter was a cousin of George Atzerodt’s and was hiding George in his house when the authorities caught up with him.  While Richter would be cleared of any involvement in the conspiracy to kill Lincoln, in these early days of the investigation he was locked up and photographed with the main gang. 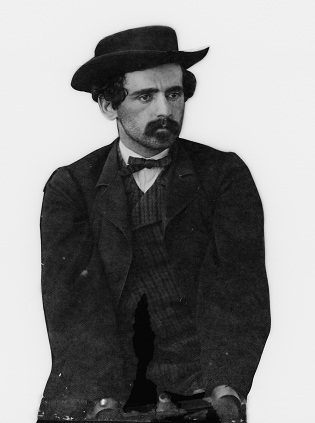 One of two O’Laughlen photographs from April 25th 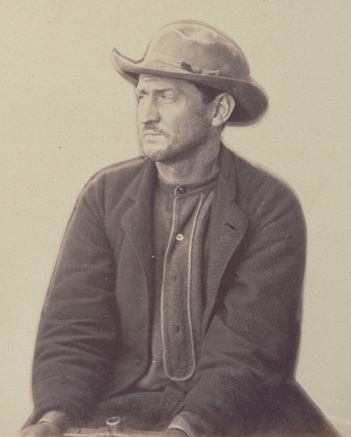 One of two Spangler photographs from April 25th

One of four Powell photographs from April 25th

One of two Arnold photographs from April 25th 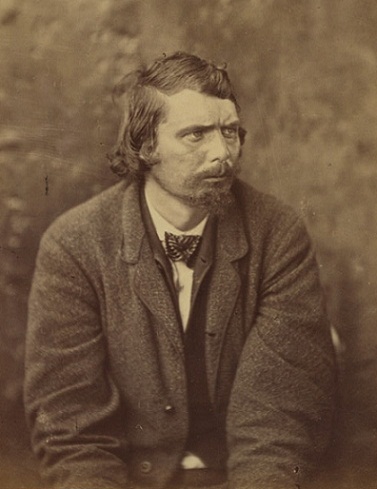 One of two Atzerodt photographs from April 25th 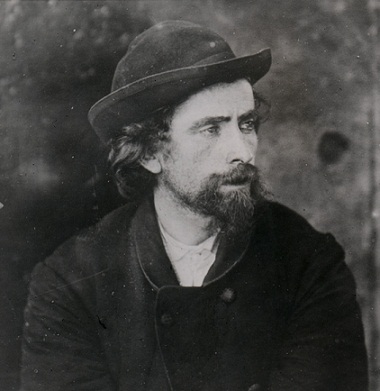 One of two Richter photographs from April 25th

Finally, on April 27th, Gardner returned for his last photograph session.  Here he took pictures of the recently captured Davy Herold and another conspirator Joao Celestino.  Celestino was a Portuguese ship captain with an intense hatred for William Seward.  It was thought he was involved with the attempt on the Secretary’s life but was later released as no evidence existed to connect him to Booth’s plan.

One of three Herold photographs from April 27th 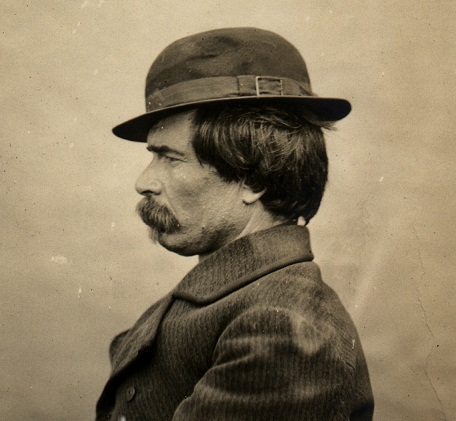 One of three Celestino photographs from April 27th

It has also been written that Gardner and his assistant took one photograph of the autopsy of John Wilkes Booth.  The single print of the event was apparently turned over the War Department but has never been found.  If it was taken, it was either destroyed shortly thereafter, or still remains undiscovered somewhere today.

In the wee hours of April 29th, the conspirators on were transferred off of the monitors and into the Old Arsenal Penitentiary.

So, why didn’t Mary Surratt and Dr. Mudd get their pictures taken?  In short, they were not photographed because they weren’t there and their complicity in the affair had yet to be determined.  Though Mary Surratt had been arrested when Powell showed up at her boardinghouse at the most inopportune time, she was not imprisoned on the iron clads.  Instead, she and her household were sent to the Old Capitol Prison merely as questionable suspects.  The same held true for Dr. Mudd who joined others involved in Booth’s escape like Colonel Samuel Cox, Thomas Jones, and Thomas Harbin, at the Old Capitol Prison.  In the initial stages of the investigation, Mary Surratt and Dr. Mudd were not seen as conspirators.  It was not until more and more evidence arose pointing towards their foreknowledge and association with the assassin that they were treated less like witnesses and more like accomplices.

References:
A Peek Inside the Walls – “13 Days Aboard the Monitors” by Barry Cauchon and John Elliott

10 thoughts on “Photographing the Conspirators”