A few days ago Roger Norton left the following comment on this blog:

“Dave, please excuse going off topic.  But I am looking for a younger pair of eyes on this one.  On my Mary Surratt page at http://rogerjnorton.com/Lincoln26.html I have a photo identified as Isaac Surratt.  Basically it’s Laurie, Joan Chaconas, and I against the world on this one – do you think that is Isaac or is it really just another photo of John?  What do younger eyes see?  The one author I can find that agrees with Laurie, Joan, and me is Roy Chamlee.”

The picture used in the wanted poster came from the Surratt boardinghouse after it was searched.

It has been proposed, as Roger states, that the picture is not of John but rather of his brother Isaac.  It’s a hard point to prove because while there are a few photos of John in his younger years to compare it to, there is only one known photograph of Isaac Surrat known to exist.  Still, it’s an interesting possibility and one worthy of dicussion. 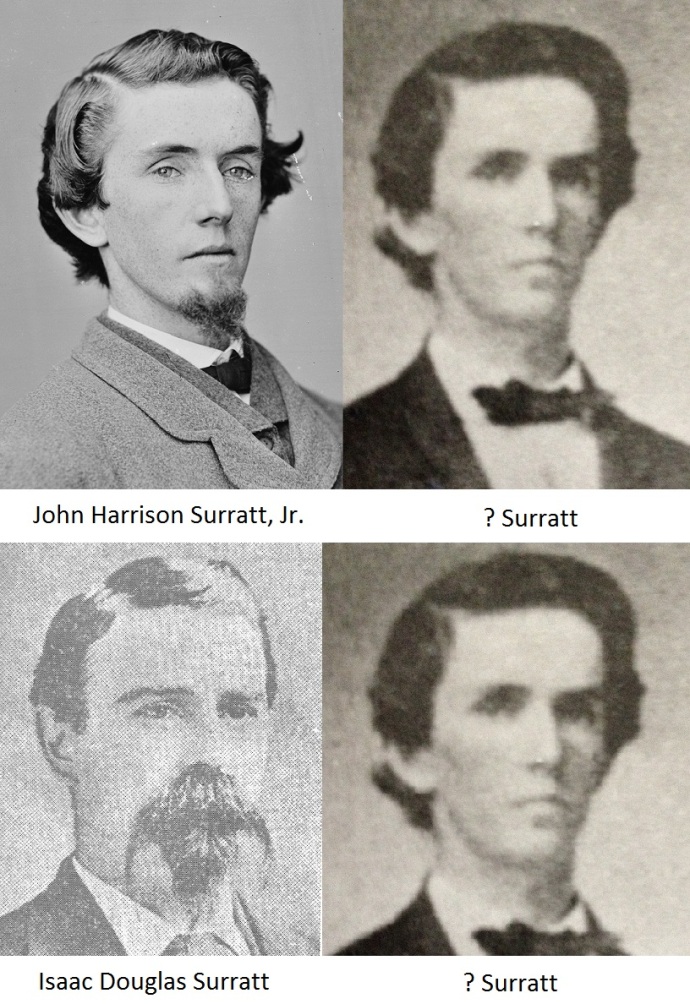 So, what do you think? Does this wanted poster photo look more like John or Isaac? Post your views in the comment section below.  I’ll wait a while and then chime in with my opinion.