Historic Port Royal in The Community Give

In my last post I announced a then upcoming, now passed, John Wilkes Booth escape route bus tour through Virginia narrated by Michael Kauffman. The tour was this last Saturday and was a great success. We had a packed bus and all the participants learned a lot from the premier expert on the Lincoln assassination.

We are a growing historical society and currently operate three different museums: The Port Royal Museum of American History, The Port Royal Museum of Medicine, and the Old Port Royal School. Each year HPR also organizes a free to the public Independence Day celebration. This is in addition to our quarterly newsletter, public events, and speakers throughout the year. If you are not already a member of Historic Port Royal, please join us. We are a 100% volunteer organization and so your small annual dues help us preserve our growing collection of artifacts and keep the lights on at our museums so that more people may come and learn about this historic town.

For the Lincoln assassination buff, the Port Royal Museum of American History has a great exhibit of artifacts relating to John Wilkes Booth’s death. We have a hinge from the barn in which Booth was shot, a brick from the Garrett house where Booth died, CDVs of Booth and his acting associates, a claimed (but not verified) self-portrait of John Wilkes Booth, a painting by famed artist Sidney E. King showing the surrounding of the Garrett’s tobacco barn, a map of the Garrett farm, a replica of the highway marker currently at the Garrett farm site so that you can read it with ease instead of attempting to do so as you fly by it on Route 301, and more.

During special exhibits, such as last Saturday’s Booth tour, we also display items loaned to us such a collection of Booth CDVs, a playbill of Edwin Booth’s, and a mount containing images and authentic autographs of Abraham Lincoln, John Wilkes Booth, and Boston Corbett. 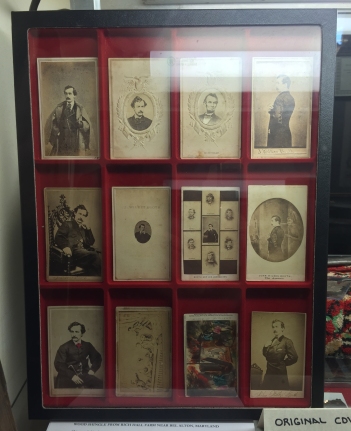 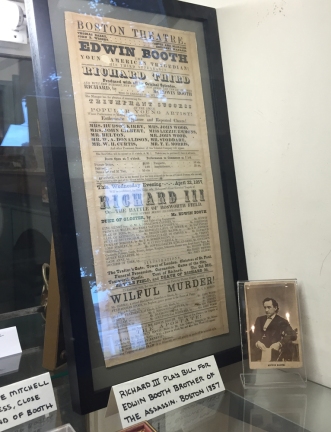 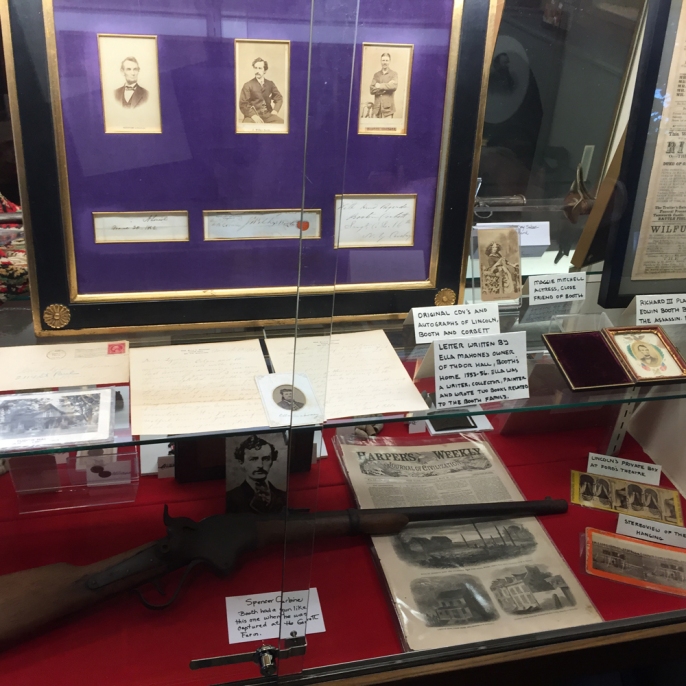 The reason I am reminding you all about the wonderful things contained in the Port Royal Museum of American History is because tomorrow, May 3, 2016, Historic Port Royal will be participating in The Community Give.

What is The Community Give? It’s a 24-hour online day of giving event that benefits nonprofit organizations. It was created by The Community Foundation located in Fredericksburg, Virginia and is a way for locals and non-locals, to give back to worthy nonprofits in the Rappahannock River region. This year is Historic Port Royal‘s first year participating in The Community Give and we’d love to have your support.

For a gift of $10 or more, you can help Historic Port Royal to increase public awareness of its museums and seasonal events; help us purchase promotional materials, advertisements, and signage; and support our museum by allowing us to purchase archival-grade storage and curation materials and general office supplies.

You can find Historic Port Royal’s donation page on the Community Give website by searching under Preservation, or by clicking this link. Remember that the donation period is only active during the 24 hours of May 3, 2016 EST.

I hope that you will consider donating to Historic Port Royal during the Community Give on May 3rd. HPR is the steward of Port Royal’s history and treasures. As was demonstrated by last week’s tour, Historic Port Royal is also devoted to teaching the public about the death of John Wilkes Booth. The Garrett farmhouse may be gone, but, with your support, Historic Port Royal will continue to tell the dramatic ending to the true story that is the assassination of Abraham Lincoln.

7 thoughts on “Historic Port Royal in The Community Give”