Edwin Booth at the Trial 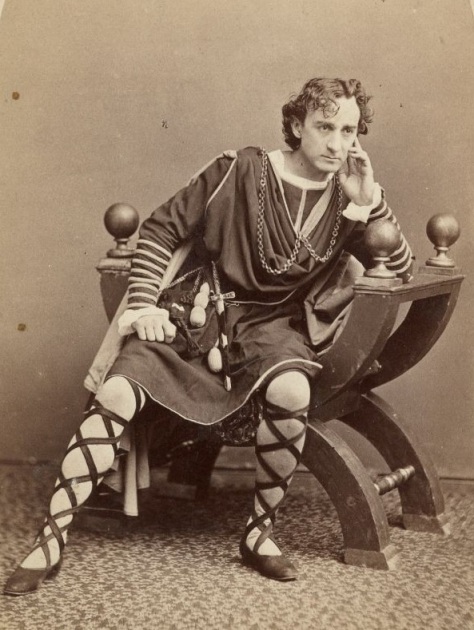 After his brother’s crime, Edwin Booth was spared the indignity of arrest.  The celebrated actor had just recently completed his illustrious run of 100 consecutive nights as Hamlet.  While his brothers Joe and Junius and his brother-in-law John Sleeper Clarke were arrested and imprisoned, Edwin remained untouched, as the grieving national treasure that he was.  Joe Booth spent only a couple of nights in jail before securing his release.  John Sleeper Clarke was arrested on April 27th and remained behind bars until May 26th.  Poor Junius spent the most time in prison due to his letter to John Wilkes in which he urged his brother to quit the oil business and return to the stage.  Junius was unaware that Wilkes used the term “oil business” as a cover for his plots against Lincoln.  Junius was arrested on April 25th and was remained imprisoned at the Old Capitol Prison Carroll Annex until June 23rd.

During this time, Edwin wisely shied away from the spotlight.  However, he was spotted at a high profile event in Washington on the last day of May:  the trial of the conspirators

As the Washington Star noted above, Edwin Booth was at the trial of the conspirators to act as a witness.  However, in the transcript of the trial you will never find Edwin Booth’s testimony from the witness stand.  In a letter that Edwin Booth wrote to a friend in Philadelphia the next day, he explains his reason for being there:

“…I was called for the defense – to prove that J. Wilkes had such power over the minds of others as would easily sway those with whom he associated, &c. &c; the idea is to set up a plea of insanity for Herald or Paine – or some of them.  I told Doster all I knew of John, and he concluded it wd be as well not to call me.  The Washington ‘Star’ had a description of me – stating I was there as a witness – I daresay the press all over the country will be filled with my ‘arrest’ and all sorts of awful things…”

It was probably an act of courtesy and compassion that led William Doster to decide against using Edwin Booth on the witness stand.  The lawyer for Lewis Powell and George Atzerodt found other ways to demonstrate John Wilkes Booth’s influential character without subjecting the country’s greatest actor to further humiliation.  The request from Doster also provided Edwin with an appropriate reason to travel to Washington to visit his brother:

“I spent the day (yesterday) in Washington, and the greater part of it with my brother Junius – I dined with him – in his ‘quarters’…”

“…I then left the court (after taking a good look at the criminals) and drove to C Prison & stayed with June until 5 o’clk.  I had all sorts of good words & Junius … shd be speedily released &c.”

Not everyone felt happy that Edwin was spared imprisonment and suspicion after Lincoln’s assassination.  Years later, after Edwin himself was almost assassinated by Mark Gray Lyon, a now jaded and disgruntled John Sleeper Clarke wrote the, “Booths…get all the notoriety without suffering!! for it…Look at me I was dragged to jail by the neck – literally dragged to prison – and Edwin goes scot-free gets all the fame – sympathy – who thinks of what I endured.” 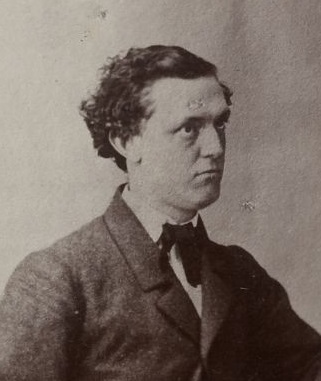 John Sleeper Clarke – not happy that Edwin wasn’t arrested, too.

Perhaps it was a bit unfair that Edwin Booth escaped the trials that his brothers and brother-in-law endured.  However, as a celebrated and vocal supporter of the Union during the Civil War, such preferential treatment is not unfounded.  In the years that followed, the theater world purposefully forgot Edwin’s villainous relation, however the stigma of his brother’s crime would haunt Edwin far longer than his brothers’ incarceration.

4 thoughts on “Edwin Booth at the Trial”