As opposed to most of the people I talk about here on BoothieBarn, the subject of this post is a man with no historical connection to the Lincoln assassination.  Even further afield from my modus operandi, the subject of this post is also very much alive.  In fact, this week he celebrated his birthday.  My reasoning for departing from my ‘regularly scheduled assassination programming’ is to highlight a very unique man who has lived the most interesting life of anyone I have ever known.

To start this off, I have to admit that I only met Herb Collins for the first time less than a month ago.  Through our mutual friend and researcher Jim Garrett, I had the opportunity to make the acquaintance of Mr. Collins when a group of us went exploring in his home county of Caroline County, VA.  After this relatively brief introduction and tour of his historic house, I called him up and spent an entire Sunday attentively listening to this remarkable man.  This weekend, I will again be driving into Virginia to spend the day learning from him.  What follows is merely a small sampling of some of the unique experiences he has had and shared with me.  There may be some mistakes in my narrative, as I am going from memory.

Herbert Ridgeway Collins is a native born son of Caroline County, Virginia.  The house he grew up in, still owns, and has transformed into a personal museum is called Green Falls and was built in 1711.  It has been in the Collins family since the 1787 and is on the National Register of Historic Places.

Herb has furnished the house with many beautiful antiques and he can give the origin of every single one.  From a mirror belonging to President James Madison to rare chairs with matching pairs in Mount Vernon, Green Falls is remarkable in its furnishings and history.  Some local historical societies schedule tours of his magnificent place, while Herb occasionally gives private tours to those he catches admiring the house from the road. 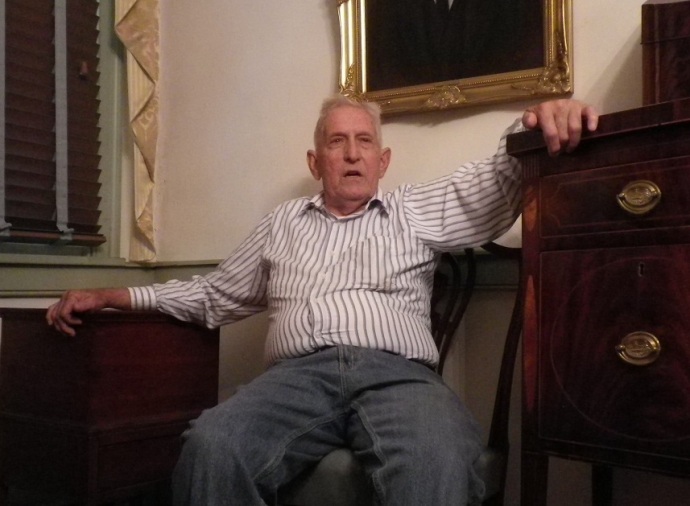 In addition to the main house, Herb also purchased a period plantation overseer’s house from a neighbor.  He had the structure physically moved a few miles down the road and placed next to his house.  He then painstakingly restored the very dilapidated building to its original glory and furnished it accordingly.  The most amazing part, however, is that this has been what Herb Collins has done, merely in his retirement.

As a young man, Herb was always interested in history.  When he joined the army as a young man, fate smiled on Herb.  A secretary of a Missouri congressman bought a house opposite of Herb’s Green Falls home.  Through her, Herb was able to secure a position assigned to the Pentagon.  Here he was responsible for preparing the top secret briefing charts for the Secretary of the Army.  He was also able to take a genealogy class through the National Archives that coincided with his love of history.  When he wasn’t on duty or in class, he was working on a book of his own family’s genealogy.  At the age of 22, he published it.  It would be the first of many books that he would write.  After six years in the army at the Pentagon, Herb was discharged.  The class he had taken in genealogy made him very desirable to three different institutions, the Library of Congress, the National Archives, and the Smithsonian.  In the end, Herb decided to join the Smithsonian where he became a junior researcher in the Smithsonian’s political history collection.  He eventually made his way to the top, retiring as the Executive of the American History Museum and division chief of the political history collection.  It is during this period that Herb Collins met, dined with, and acquired items from practically every President and First Lady from Harry Truman to George Bush, Sr.  Here are some of the stories, both long and short, that he told me about his time at the Smithsonian:

There were other stories and insights Herb shared with me from his time with the Smithsonian, but these are the main ones I can remember for now.  Herb is an unending fountain of information and I am looking forward to the many conversations I will have with him in the future.

Yesterday I once again spent the day with Herb.  We visited the Caroline County library in Bowling Green, VA where Herb has his Herbert Collins Room.  The room holds his massive collection of books about genealogy, Virginia history, and the history of Caroline county.  It is a private research room accessible by appointment only.  After that Herb and I traveled to nearby Essex County to visit an antique store in Tappahannock that he regularly purchases items from.  Herb’s only purchase for the day was a copper kettle that he said would match one he already had at Green Falls.  While at the antique store, Herb openly talked with other patrons and helped them pick out pieces.  Through these conversations with strangers, I met the president of the Restore Port Tobacco organization.  He was pleasantly surprised that I knew about the Chimney House in Port Tobacco, behind which George Atzerodt’s carriage shop was purported to be. Apparently the Chimney House is on the market now.  After this we traveled back to Herb’s home and subsequently ended our day together.  The following is some of the pictures I took yesterday: 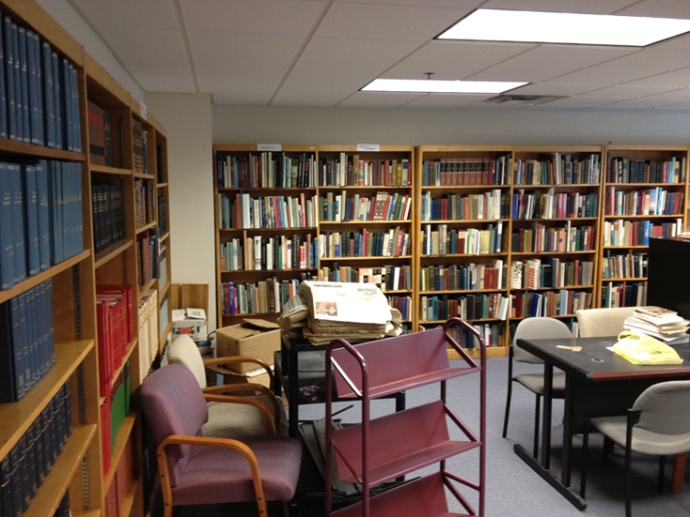 The Herbert Collins room at the Caroline County Library 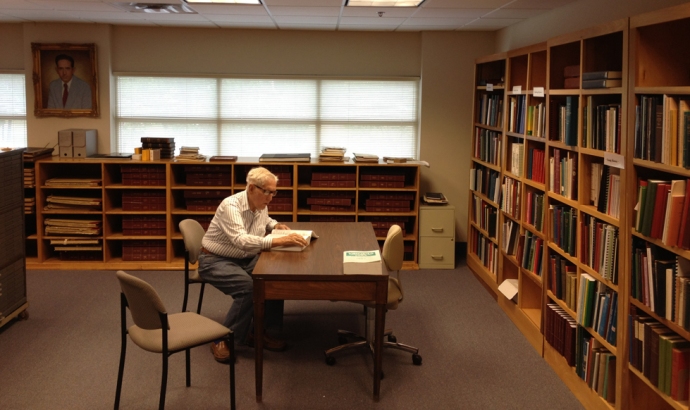 Herb Collins researching in his room

Herbert Ridgeway Collins and his portrait