A jaunt through Congressional Cemetery 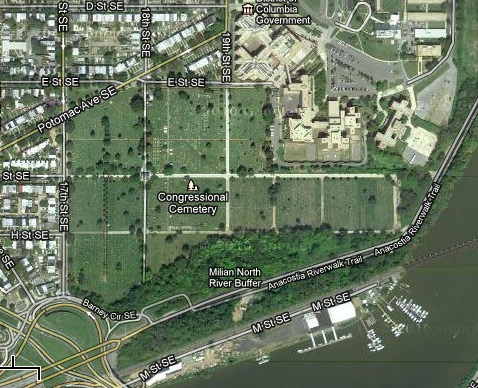 Congressional Cemetery is a beautiful cemetery located in Washington D.C. along the coast of the Anacostia River.  This 35 acre cemetery is a National Historic Landmark and contains over 22,000 interments.  On a walk through the cemetery today, here are some of graves of people related to the Lincoln assassination: 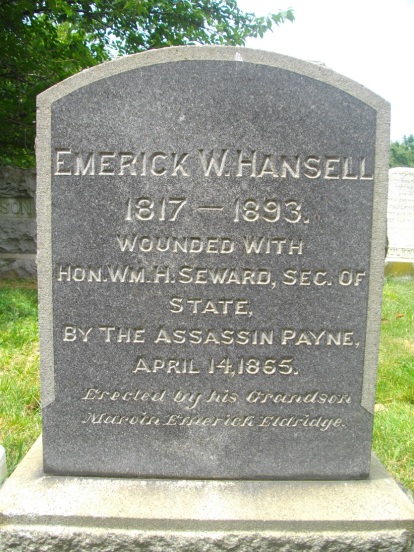 Hansell was a State Department messenger whose main duties were ferrying messages between the State department and the Secretary of State, William Seward.  After the Secretary’s carriage accident, Hansell was helping to keep an eye on the wounded Seward.  On the night of April 14th, Hansell was lodging at the Seward house.  The noise from Powell’s assassination attempt awoke him, and, as he was heading down the stairs to raise the alarm, Powell overtook him and stabbed him in the back.  Hansell was one of the five wounded victims from that night.  He is buried here at Congressional with his first wife, Elizabeth. 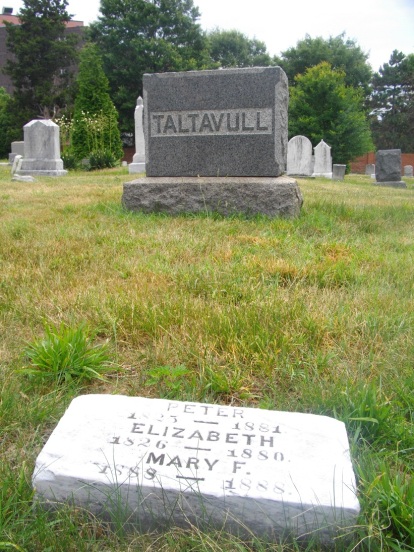 A Spanish immigrant, Taltavull co-owned The Star Saloon.  The Star Saloon was the tavern adjoining Ford’s Theatre and was one of the places where Booth had a drink before shooting Lincoln.  While he did not serve during the Civil War, Taltavull was also in the US Marine Corp Band for over 20 years. 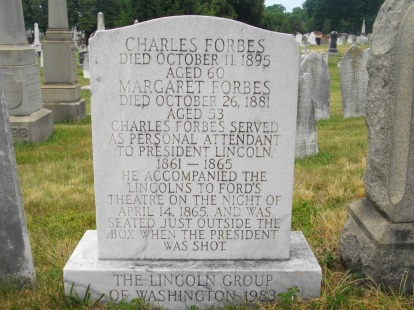 There is a wonderful story from Thomas Pendel’s book, Thirty-Six Years in the White House, demonstrating Lincoln’s sense of humor and relationship with Forbes:

“On one occasion, President Lincoln, when riding near the Soldiers’ Home, said to his footman, named Charles Forbes, who had but recently come from Ireland, “What kind of fruit do you have in Ireland, Charles?” To which Charles replied, “Mr. President, we have a good many kinds of fruit: gooseberries, pears, apples, and the like.” The President then asked, “Have you tasted any of our American fruits?” Charles said he had not, and the President told Burke, the coachman, to drive under a persimmon tree by the roadside. Standing up in the open carriage, he pulled off some of the green fruit, giving some of it to Burke and some to Charles, with the advice that the latter try some of it. Charles, taking some of the green fruit in his hand, commenced to eat, when to his astonishment he found that he could hardly open his mouth. Trying his best to spit it out, he yelled, “Mr. President I am poisoned!” Mr. Lincoln fairly fell back in his carriage and rolled with laughter.

This story was afterward told by the coachman, justifying himself upon the grounds that it was too good to keep.” 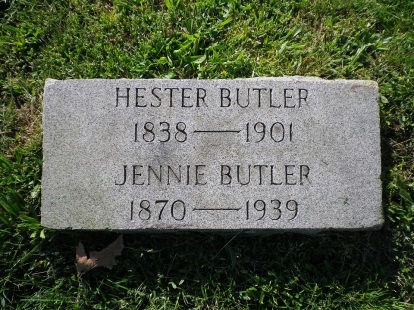 Ms. Butler’s connection to the Lincoln assassination is a relatively distant one.  Butler is her maiden name which she and her children reverted back to after the death of her husband.  At the time of Lincoln’s assassination, Hester’s husband, John, was a detective on the staff of Maryland provost marshal James L. McPhail.  Before that he was in the carriage business in the city of Port Tobacco.  John owned his carriage business with his brother, George Atzerodt.  This made Hester Atzerodt nee Butler, the sister-in-law of the would be assassin of Andrew Johnson.  After the death of her husband John, Hester and her children freed themselves from the stigma of the Atzerodt name by changing back to Butler.  Hester, along with two of her children are buried at Congressional. 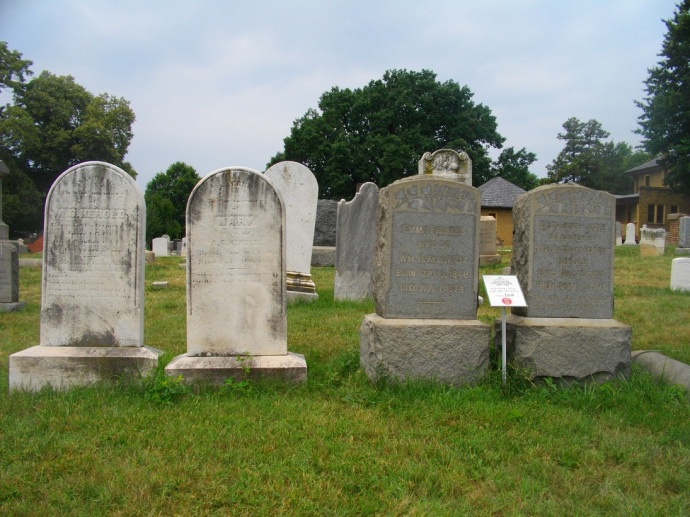 The only conspirator buried at Congressional is Davy Herold.  After being executed on July 7th, 1865, Davy, the other conspirators, John Wilkes Booth, and Andersonville Prison commander Henry Wirtz, were all buried on the Arsenal grounds.  Eventually, the Herold family received permission to retrieve Davy’s body from the Arsenal.  He was reburied in the Herold family plot in Congressional in February of 1869.  His specific grave is unmarked, but his unmarried sister, Elizabeth Jane, was buried right on top of him in 1903.  The rightmost headstone in this picture is Elizabeth Jane’s, and is therefore the only marker for Davy.  At least for now…

3 thoughts on “A jaunt through Congressional Cemetery”