On this date (OTD), November 19th, in 1864, Private Boston Corbett was released from Andersonville prison. 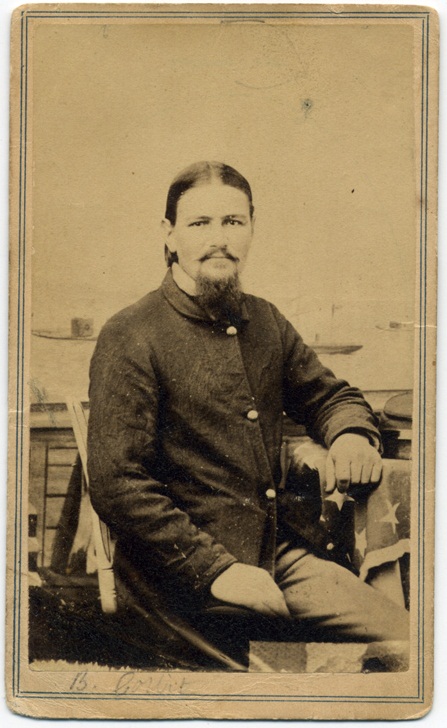 Captured in June, Corbett spent five months under the tortuous conditions of Andersonville.  Corbett was seen as a godsend by many in the prison population by preaching the Bible during such rough and terrible times.  Of the fourteen men in Corbett’s company, only himself and one other survived their imprisonment there.

Upon returning to the 16th New York Cavalry, Corbett was promoted to Sergeant and would later join the hunt for Lincoln’s assassin, John Wilkes Booth.  At Garrett’s farm, Corbett fired the fatal shot that ended Booth life.  Corbett would testify at the conspiracy trial detailing his actions with the 16th in the capture of Davy Herold and the slaying of Booth.  He would also testify at the trial of Andersonville commander Henry Wirz.  Both Davy Herold and Henry Wirz would share the same temporary grave in the yard of the Old Arsenal prison until their bodies were released to their families.

Piece of Henry Wirz’ Old Arsenal coffin in the collection of the Smithsonian’s American History Museum.

References:
Abraham Lincoln and Boston Corbett: With Personal Recollections of Each by Byron Berkeley Johnson (1914) Page 50