Just a quick post today as I’m still in the process of getting set up in my new Maryland residence.

During a brief site seeing trip I took with two of my family members who helped me make the move from Illinois, we visited Arlington National Cemetery. I have been there before, but every time I visit it I am still humbled by the white, uniformed acres of sacrifice before me.

One grave related to the Lincoln assassination in Arlington belongs to George Foster Robinson. 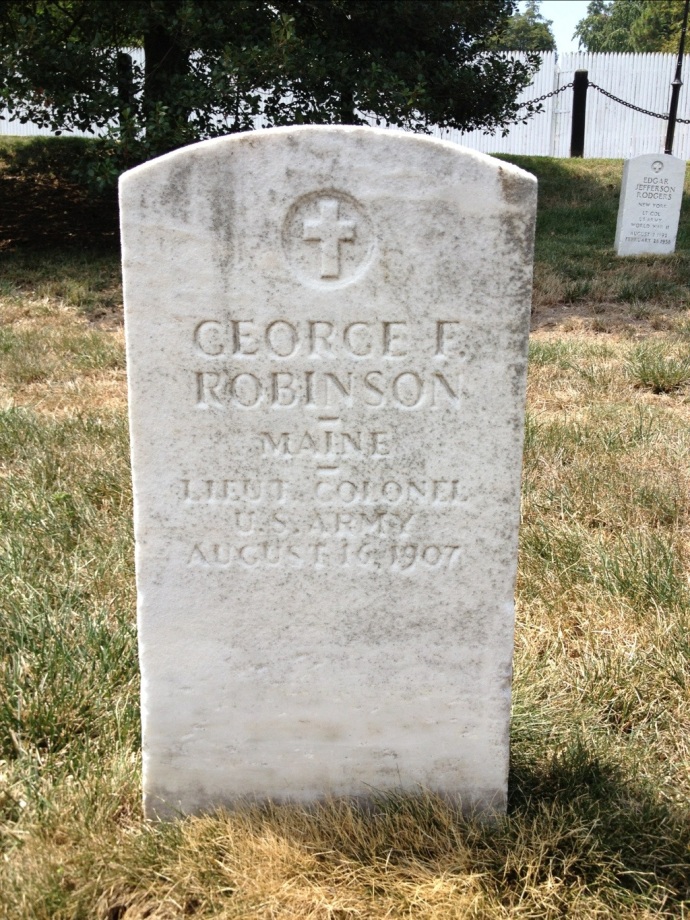 On April 14th, 1865, Robinson was an army private tending to Secretary of State William Seward after the latter suffered a carriage accident. When Lewis Powell slashed his way into Seward’s bed chamber, it was largely Robinson who discharged him. He was credited as saving the Secretary’s life and was given many accolades. Robinson would receive Powell’s knife as a memento, be presented with a gold congressional medal and $5,000, and, 100 years later, a mountain in Alaska was named after him for saving the man who later purchased the territory of Alaska from Russia.

Today he rests in Arlington next to his wife Roxinda Aurora: 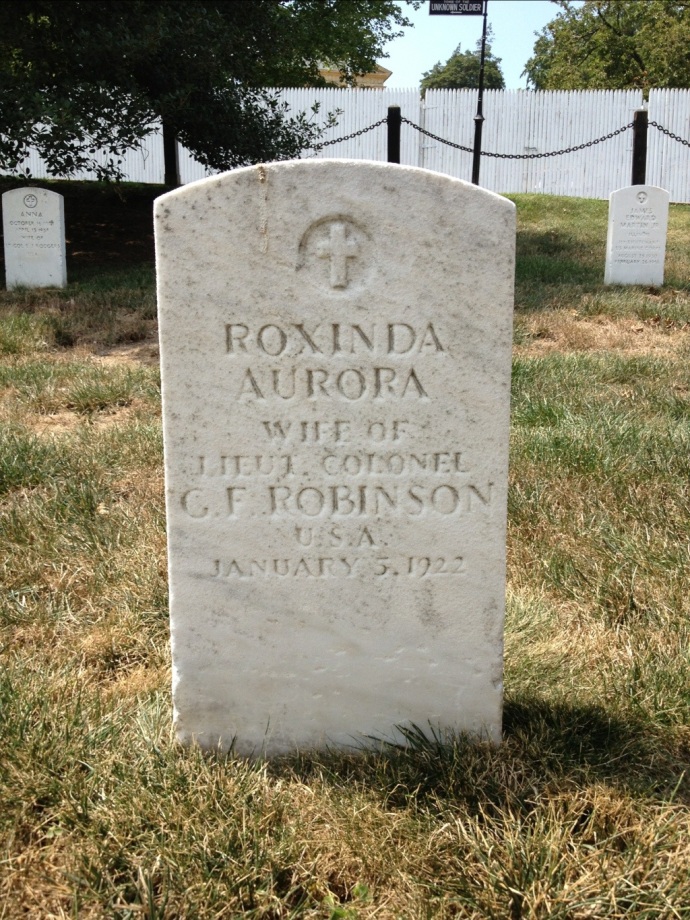 The Robinsons are located just a stone’s throw from Bobby and Teddy Kennedy’s graves. In the background of the pictures you can see the large white fence that currently shields Teddy Kennedy’s grave. So next time you’re at Arlington make the minor detour into the section in front of the Kennedy brother’s and pay your respects to a true Civil War hero: George Foster Robinson. 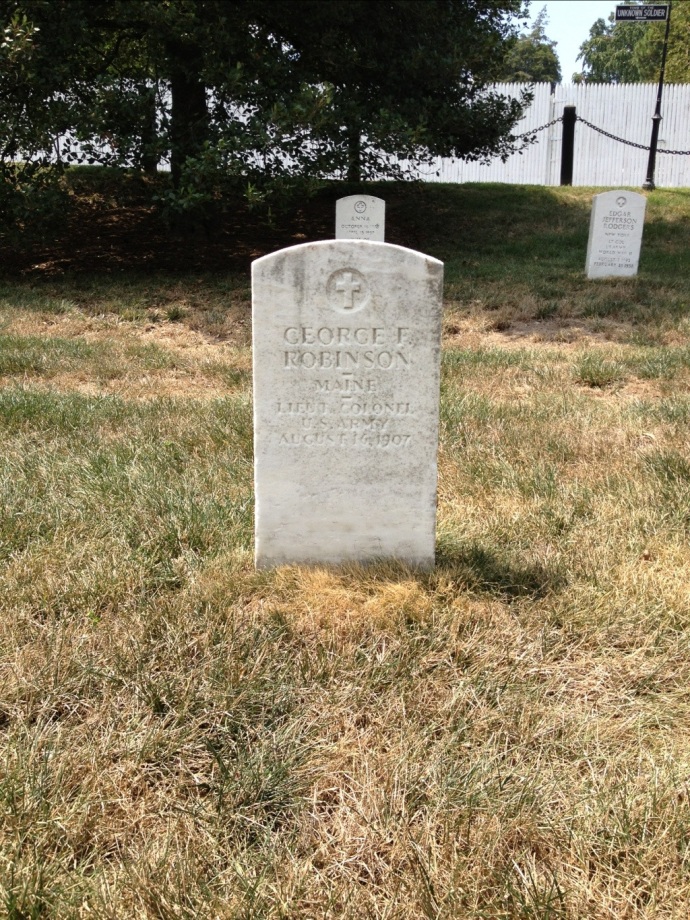