The court did not meet today it being adjourned until tomorrow.

General Lew Wallace wrote a letter to his wife Susan on this day, predicting the end of the trial and what he believed the verdicts would be if the commissioners voted before hearing Assistant Judge Advocate Bingham’s closing arguments:

“The trial is not yet over; but I say to myself, certainly it can’t endure beyond this week, and do all I can to be patient. Jno Bingham, on the side of the government, speaks tomorrow, and then the Com. votes ‘guilty or not guilty.’ I have passed a few words with my associate members, and think we can agree in a couple of hours at farthest. Three, if not four, of the eight will be acquitted – that is, they would be, if we voted to day. What affect Bingham will have remains to be seen.”[2]

As had been demonstrated on the very first day of the trial, General Wallace sometimes occupied himself in the court by sketching the conspirators on the prisoners’ dock. This was remarked on in Lew Wallace’s autobiography:

“During the progress of the trial, when the proceedings were tedious and unimportant, General Wallace employed himself sketching in pencil the members of the commission, the distinguished spectators that thronged the court, and even the prisoners themselves.”[3]

Aside from his preliminary sketch on May 9th and his June 7th drawing of George Atzerodt, none of the other sketches made by Gen. Wallace were dated. So, while we don’t know exactly when each portrait was drawn, the following are Wallace’s interpretations of the conspirators. 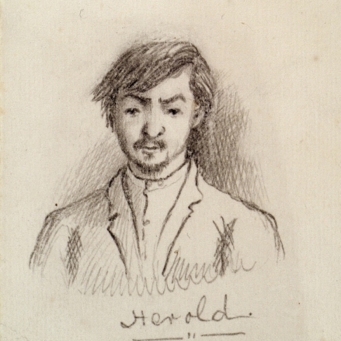 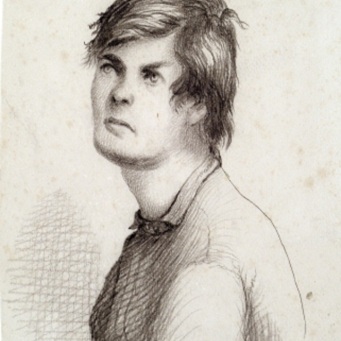 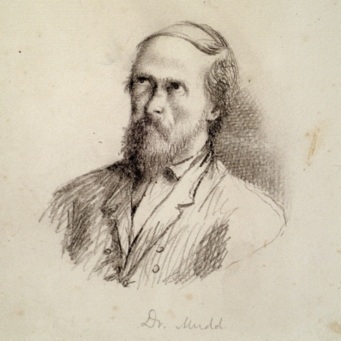 In the years after the trial was done, Wallace used these sketches to compose a large painting of John Wilkes Booth and his conspirators. The painting is housed in General Lew Wallace’s Study and Museum in Crawfordsville, Indiana where he resided before his death.