Asia Booth Clarke, John Wilkes Booth’s sister, had a lifelong pen pal named Jean Anderson.  From her early days at Tudor Hall to her isolated years in England, Asia wrote to Jean with regularity.  For years, some of Asia Booth Clarke’s letters to Jean Anderson were held at the Peale Museum in Baltimore.  What follows is a transcript of Asia’s letter to Jean in the aftermath of the assassination: 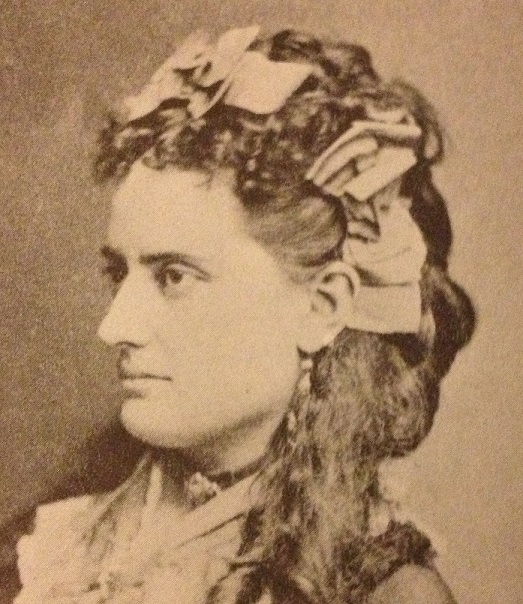 I have received both of your letters, and although feeling the kindness of your sympathy, could not compose my thoughts to write — I can give you no idea of the desolation which has fallen upon us. The sorrow of his death is very bitter, but the disgrace is far heavier; – Already people are asserting that it is a political affair — the work of the bloody rebellion — the enthusiastic love of country, etc. but I am fraud to us it will always be a crime –

Junius and John Clarke have been two weeks to-day confined in the old Capital – prison Washington for no complicity or evidence — Junius wrote an innocent letter from Cincinnati, which by a wicked misconstruction has been the cause of his arrest. He begged him to quit the oil business and attend to his profession, not knowing the “oil” signified conspiracy in Washington as it has since been proven that all employed in the plot, passed themselves off as “oil merchants”.

John Clarke was arrested for having in his house a package of papers upon which he had never laid his hands or his eyes, but after the occurrence when I produced them, thinking it was a will put here for safe keeping — John took them to the U.S. Marshall, who reported to head-quarters, hence this long imprisonment for two entirely innocent men –

I would not object at present to have back for my private use all the money they have squandered on Sanitary Commissions, Hospital Endowments, Relief of Soldiers Widows, and the like, for the good done by them as actors and citizens goes nothing towards providing their innocence, and it might well have been tendered to a better purpose –

I suppose they will be examined in the leisure of the Court and return home to be nursed through a spell of illness, — as one Gent has done who was released last week, — and whose arrest proved only a farce as General somebody in authority expressed it — Poor old country, she has seen her best days, and I care not how soon I turn my back upon her shores forever, it is the history of the Republic over again.

I was shocked and grieved to see the names of Michael O’Laughlin and Samuel Arnold. I am still some surprised to learn that all engaged in the plot are Roman Catholics — John Wilkes was of that faith — preferably — and I was glad that he had fixed his faith on one religion for he was always of a pious mind and I wont speak of his qualities, you knew him. My health is very delicate at present but I seem completely numbed and hardened in sorrow.

The report of Blanche and Edwin are without truth, their marriage not to have been until September and I do not think it will be postponed so that it is a long way off yet. Edwin is here with me. Mother went home to N.Y. last week. She has been with me until he came.

I told you I believe that Wilkes was engaged to Miss Hale, — They were most devoted lovers and she has written heart broken letters to Edwin about it — Their marriage was to have been in a year, when she promised to return from Spain for him, either with her father or without him, that was the decision only a few days before the fearful calamity — Some terrible oath hurried him to this wretched end. God help him. Remember me to all and write often.

The “Blanche” that Asia refers to is Blanche Hanel, Edwin Booth’s fiancée.  Edwin Booth’s first wife, Mary Devlin, died in February in 1863.  By September of 1864, Edwin was romantically involved with Blanche Hanel, a wealthy Philadelphian.  As Asia wrote above, the two were engaged to be married when the assassination occurred.  In addition to retreating from the stage, Edwin also wrote to Blanche allowing her to break off their engagement due to the circumstances.  At first Blanche stayed by Edwin and as Asia writes, their engagement continued.  In the end, however, Blanche’s father would not allow the marriage and by November of 1865, Edwin and Blanche’s relationship ended.  It wouldn’t be until June of 1869 that Edwin Booth would remarry, this time to Mary McVicker of the Chicago theatrical family.

12 thoughts on “A Sister’s Sorrow”