Imprisoned at the Old Capitol Prison

Right now, 148 years ago, John Wilkes Booth and Davy Herold are hiding in the pine thicket not far from Samuel Cox’s plantation, Rich Hill. They are being aided by Thomas Jones, who is providing them with food, water, and newspapers. Eventually, Thomas Jones will help send the pair across the Potomac river into Virginia. Though unable to prove anything against him, Jones would be arrested and imprisoned into the Old Capitol Prison in Washington. Here, he will be joined by several other individuals who had run ins with Booth and Herold during their escape. Some will become witnesses at the trial. One, Dr. Mudd, will become a conspirator. Some others, like Jones and Cox, will eventually be released with their true involvement unknown to the military commission. Here’s a list of people related to Booth and Herold’s escape who were imprisoned at the Old Capitol Prison. 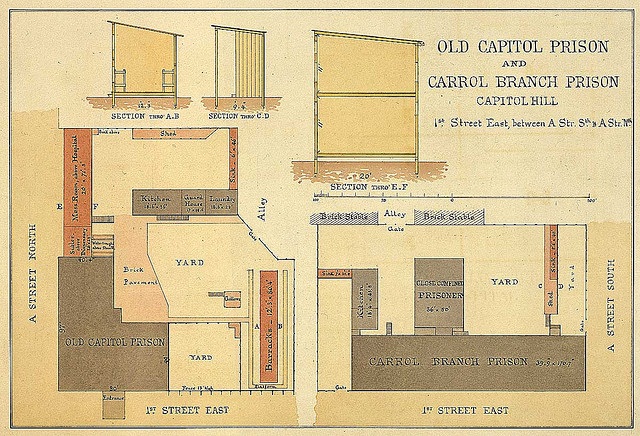 13 thoughts on “Imprisoned at the Old Capitol Prison”