Good evening to the historically theatrical nerds out there.

As many of you know, yesterday was the anniversary of the Lincoln conspirators’ execution. Just prior to this, July 6th marked the reveal of the commission’s verdict to both the public and, more importantly, to the four people condemned to die the following day. On this July 6th, 153 years later, the Society for the Restoration for Port Tobacco (SRPT) hosted for their First Friday event “Beyond the Courtyard: The Final Hour of the Lincoln Conspirators.”

Set in Washington’s Old Arsenal Penitentiary on the afternoon of the infamous hanging, the first person performance (written by Dave and me) had a four person cast, making it the largest of the Lincoln assassination themed reenactments done with the SRPT. Being a woman, I took on the role of Mary Surratt.

Dave, with all his impressive height, played Lewis Powell (called Paine by the other characters). 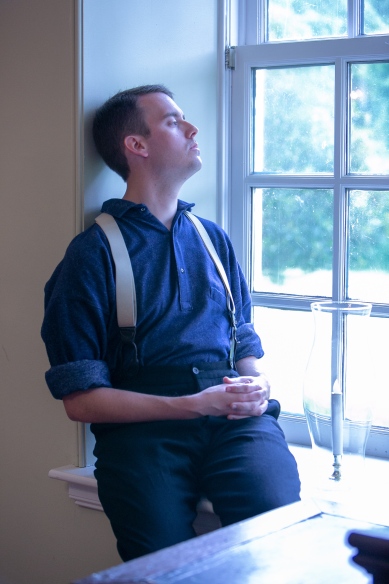 Bob Bowser, a board member and docent at the Dr. Mudd House Museum was David Herold. 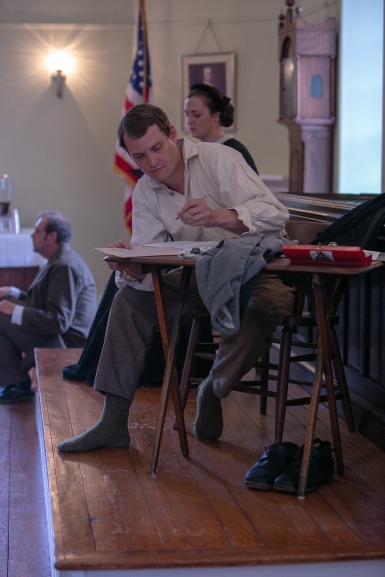 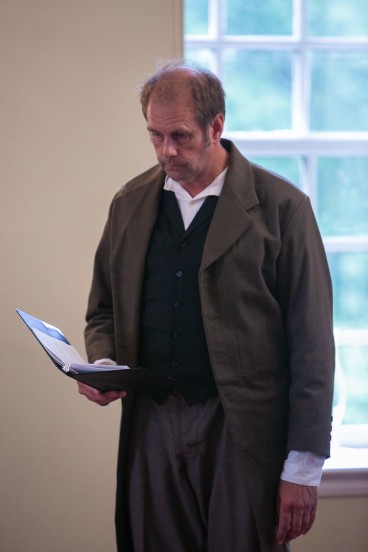 Throughout the unfolding narrative, each person reflects on the various choices that drove them to conspire against the Union government, and the witnesses who brought those choices to light, until their tales intersect and lead to a collision of opinions and an outburst of violence. However, in the end, history still came with a vengeance.

Although we were all inside the Port Tobacco Courthouse, miles from Washington and in conditions much better than those suffered by the conspirators, it still felt eerie to be bringing a past back to life so soon before the anniversary of its haunting termination. Though over 150 years have passed, the echoes of the event which closed the Civil War can still be felt today.

Below you can view the program and see if you too can hear those reverberations of a time not so unlike our own. Please note that this was a staged reading and also took creative license with the dialogue. No incarceration accounts from the conspirators exist.

Local photographer, Eva Lightfoot, captured the great photos of the event that accompany this blog post. The rest of the album, along with other examples of her work, can be seen on her website. 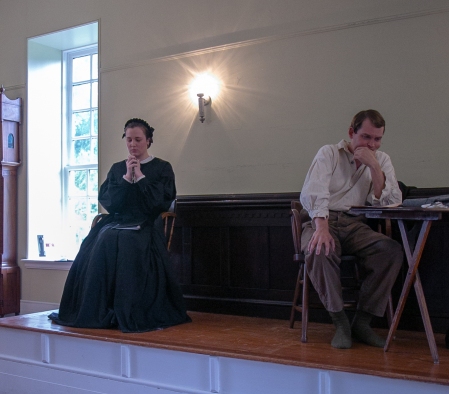 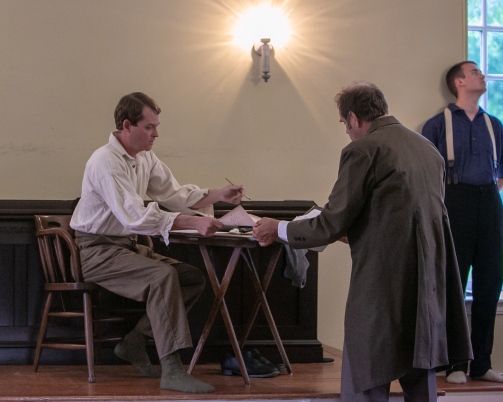 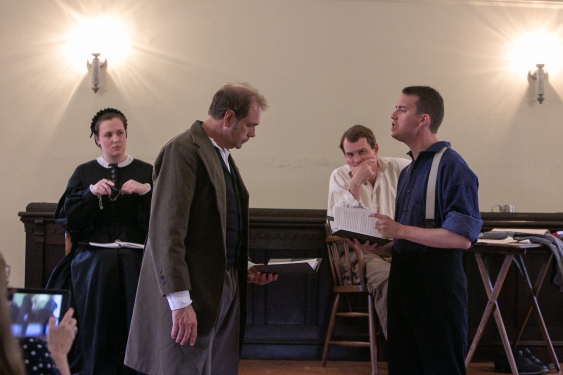 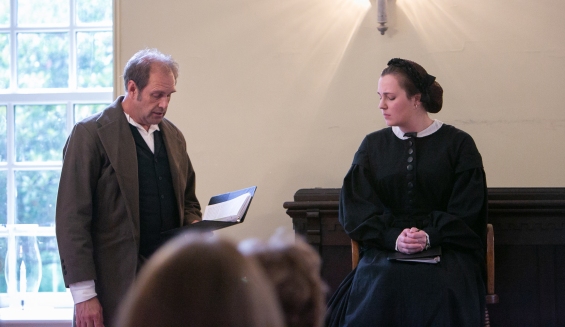 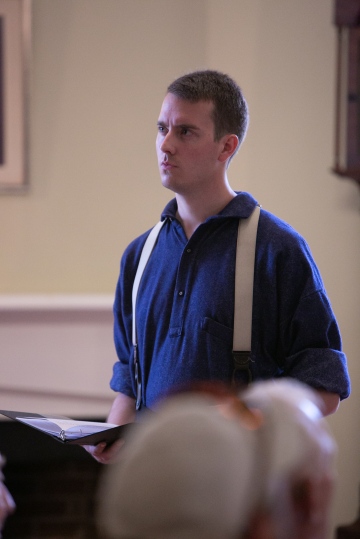 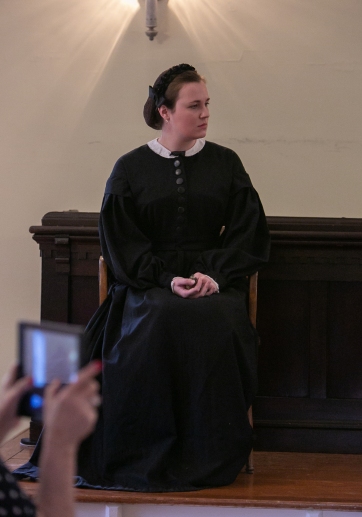 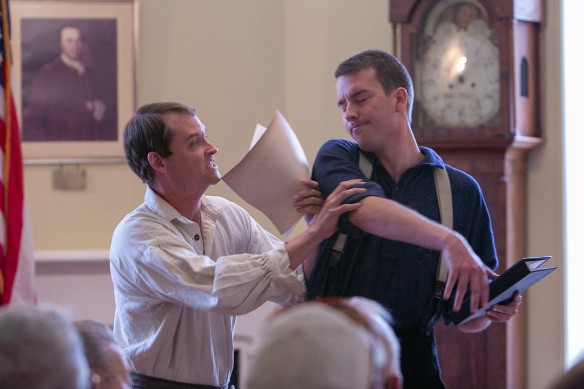 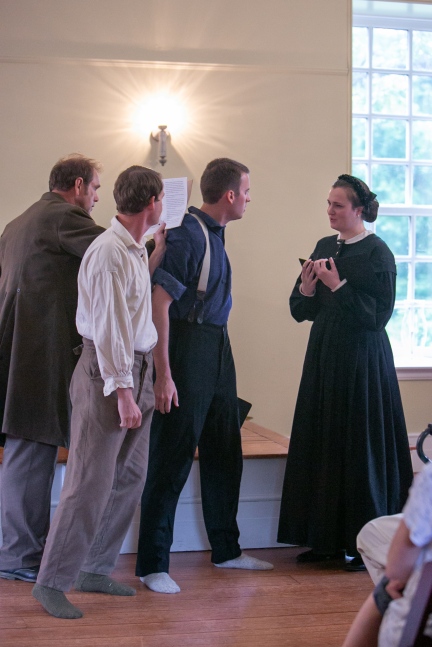 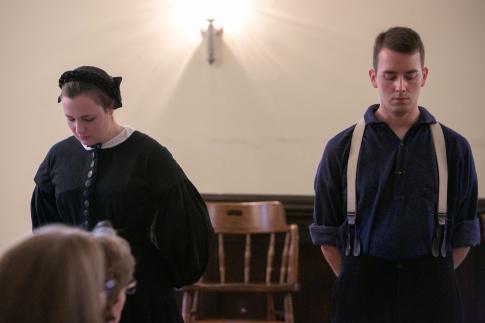 10 thoughts on “Beyond the Courtyard”